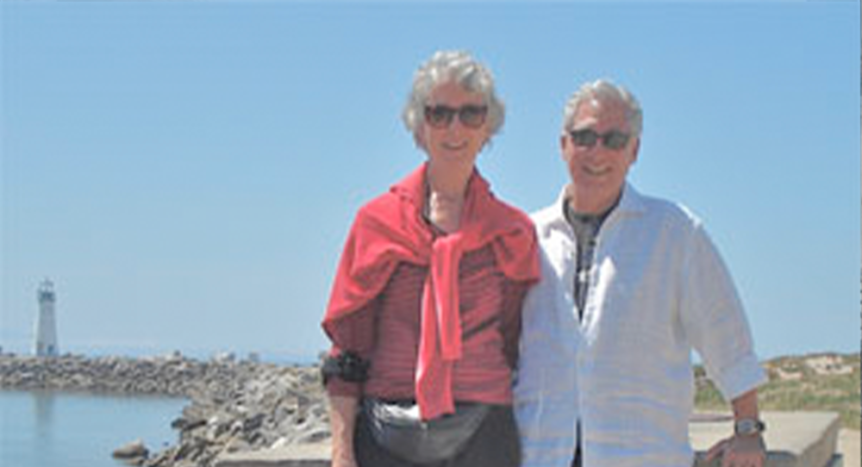 I first became associated with the Homeless Garden Project in December of 1995 when it was still an operating program under the umbrella organization of the Citizen’s Committee for the Homeless. Dr. Paul Lee, who married my wife Peg and me, ten years earlier, asked me at our 10th Wedding Anniversary, if I was interested in joining the Board of the CCH. I declined saying I didn’t know anything about the issues of homelessness and his rejoinder was, “Go volunteer at the Homeless Garden and they’ll teach you everything you need to know.” Almost fifteen years later and I’m not even close to knowing all there is to know but I did join the Board and then later when the HGP broke off into an independent 501(c)3 I was privileged to be a member of the founding Board and continued to serve in that capacity for 7 years.

Over that time my participation as a volunteer and as a CSA member has been pretty spotty except for a continuing tradition of working in the retail store on Christmas Eve every year since that first year in 1995. I hope to be able to continue that tradition as long as I can. I can’t think of a better way to spend Christmas Eve.

This year for the first time I’ve started working as a volunteer laborer at Natural Bridges Farm and it’s been a great learning experience and great exercise too. In addition to getting to know the people and processes involved I’m developing an attachment to the soil and to particular planting beds and that’s been a wonderful surprise. Being able to prepare the soil to plant, planting food and flowers and then coming back to harvest the fruits of my own labor is gratifying in a way that’s hard to describe. I heartily recommend the experience for anyone who has any time to invest. It’s one investment in these uncertain times that will pay off at higher than expected levels.