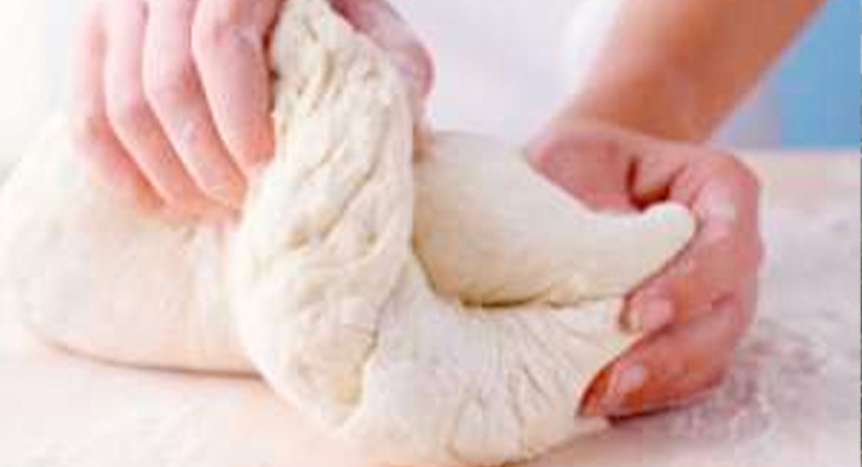 As 2009 opened, I was issued a challenge – extended by my youngest sister to each of her six siblings – to make at least 500 pb&j sandwiches for the local soup kitchen or outreach center of my choosing. After strong-arming my Solstice partygoers into a couple of hours of focused sandwich making, my wife Christine and I had a mere 150 or so sandwiches to our credit. I dutifully dropped them at Santa Cruz’s Homeless Services Center and noted the rather lukewarm reception that greeted of our collective labor of love. Turning our Corolla-turned-meal-wagon into Trader Joe’s parking lot to restock our sandwich making supplies, I began to question, “What does it mean to truly nourish people?”

This seemingly innocent line of inquiry took on a life of its own, spawning a new round of meal preparation that seemed more in keeping with our community’s needs. Over the following weeks, Christine and I lovingly (if sloppily!) prepared 75-or-so bag lunches – complete with small bean, cheese, and salsa burritos, tortilla chips, and cookies – and distributed them to the omnipresent row of Latino men walking the day laborer line. Tentative at first, the guys shyly scooped up brown paper sacks with mumbles of, “Gracias.” The task became equally fun and fulfilling, but I still pondered whether there might be a more meaningful way to foster community and address basic nutritional needs with my rather limited culinary skills (but abundant desire and energy!).

By April, I managed to expand my query enough to identify a couple of folks equally keen to spread nourishment and – joy of joys! – a community that exuberantly offered to participate in our foolhardy act of gastronomic kindness. Former pb&j sandwich makers and dear friends Karen Lambert and Clay Madden agreed to join me in making lunch each Wednesday for a team of organic farming trainees and the staff of the Homeless Garden Project (HGP – see www.homelessgardenproject.org). Our little café would use primarily ingredients grown on the HGP’s 2.5-acre organic farm and distributed to HGP’s Community Supported Agriculture (CSA) subscribers. Indeed, we instantly became contestants on Organic Grab Bag Iron Chef, charged with generating a tasty, nutritious meal for 12 – 18 people with the veggies tucked in the walk-in fridge in a large brown grocery sack every Tuesday evening. And we agreed to do this for approximately 28 weeks: the duration of the trainees’ apprenticeship on the farm.

We enthusiastically showed up our first day with a steaming, humongous pot of spicy black bean chili-n-greens with a side dish of cornbread and farm-inspired salad, all of which were devoured quicker than you can say, “Homeless Garden Project.” We learned early on not to begrudge any ingredient that would lend a little fire to the meal, and that fire was best calmed by sugar, preferably delivered in the form of homemade cookies. When enthusiasm threatened to devolve into lackluster meals, we called in the reinforcements. Christine became my faithful sous-chef (OK, at times substitute chef!) and Karen & Clay’s daughter, Kendall, routinely rescued us with batches of lovingly-prepared cookies. The Triple C Double K Kitchen seemed to garner rave reviews. Secretly, though, I think that our panel of organic farming trainee/judges had bonded to us with such fondness that they became compromised critics! Mike – talented sculptor of the spiral garlic & onion bed, gifted carpenter, and wise mentor – offered to start a cookbook called Imagine Flavor based upon some of the dishes we dreamed up. Carmen always had stories of her four year-old’s achievements and antics for us, and we delighted when she shared the news of finding secure housing. Floppy sun hat-bedecked Barbara, skirt billowing in the ever-present coastal winds, frequently sent us off with armfuls of the farm’s brightest flowers.

Habitually slow to emerge from the greenhouse or tiny farm office, Susie would inevitably appear. Sandy gray-brown hair loosely caught in a rubber band, brown weather-kissed skin catching the sun, she’d squint up at us and inquire what delectable feast we had fabricated. Should she not appear, I would wander toward the greenhouse and find her carefully finishing off a seed tray, deep in concentration. As we walked toward the makeshift kitchen/dining area, she would lament that the frenetic pace of the season – which had started without the farm’s co-directors in place – meant that she did not have time to be present to people in the way she deeply wanted to. Seemingly in perpetual motion, I always took it to our credit that Susie actually paused to savor our Wednesday lunches for a good 10 or 15 minutes, which seemed luxurious. Ultimately, this proved to be enough time for us to shape a friendship based squarely in laughter, grousing, and shared admiration at the everyday miracles that abounded at the farm.

Mid-season, she added a few mouse-hunting (OK, rat-hunting) kitties to the farm’s small menagerie. Susie derived no end of pleasure from watching the girls (as she called them) learn the art of pouncing, which they perfected on each other and on assorted inanimate objects . . . She looked after the kittens as if they were her first born, balancing care and attention with the benign neglect that they needed to become true farm kitties. In this way, I glimpsed Susie’s knack for parenting. I was honored to meet one of the prizes of her true art of parenting when her son, Tashi, visited the farm with his girlfriend, Caitlin. Confident and kind, outfitted with Susie’s disarming gentle smile, Tashi warmed up the farm every time he visited. Susie seemed not to take her eyes off of him while he was there. It was clear they shared a remarkable bond, one which any single mother who has had to sacrifice much to hold her family together can speak to.

Among my brightest memories of this grand experiment in mutual nourishment – because Clay, Karen and I soon began to look forward to our Wednesdays at the farm as one might anticipate a great meal – I will never forget the sight of Susie standing in the buffet line at the 20th Anniversary festivities at the farm. Cloth-covered tables and chairs spread in a pattern out behind her, she beamed at Tashi and laughed her deep, resonant Susie laughed at a shared joke, eyes twinkling. She seemed in her element, surrounded by years of friends and the land –both of which she had taken pains to cultivate – and gazing upon the extraordinary produce of her efforts: the buffet of glorious dishes and the family she so dearly loved. Gazing at Susie and the entire HGP community – some of the two decades of formerly homeless HGP trainees, current and emeritus staff members, donors, friends, and children and pets galore – I thought, “This is what it means to nourish people.”

Susie MacMillen, ripened to 57 years of age, was somehow called back to the Creator in the wee hours of the morning on December 26th. She died when fire consumed her haven of peace, a trailer tucked on the far edge of a winery approximately 8 miles from town. As I think about her death, the lyrics of a favorite Mary Chapin Carpenter song ease into my mind: “I keep thinking I’ll flame out/ Leave noone with a doubt/ That I was meant to fire like a rocket.” Susie had far too much sparkle to die a conventional death. In this, I take great comfort as I try to honor and propagate her inspired commitment to hard work, to live ‘til it hurts, and to nourish the land and its inhabitants with every particle of one’s being.