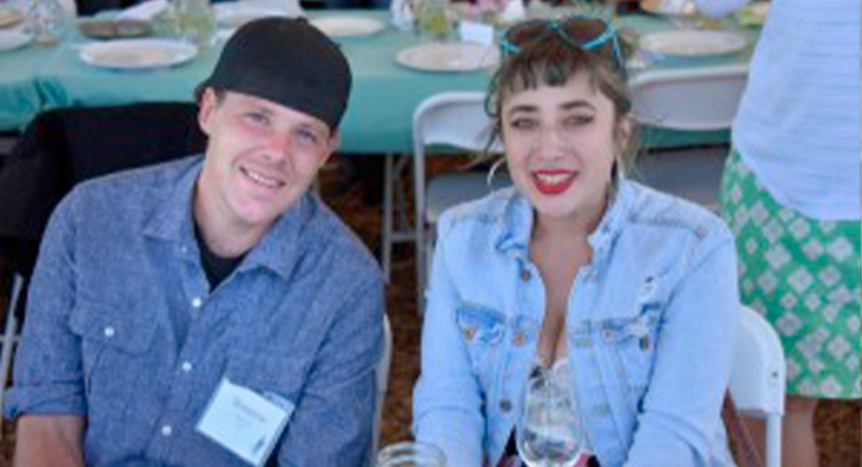 Good evening. My name is Shannon McGurk and I am a trainee at the Homeless Garden Project.

This experience has been a genuine blessing in so many ways during a particularly transformative part of my life.

From a very conservative Roman Catholic upbringing as the oldest of fourteen children, through an enlistment in the United States Marine Corps, and finally after four chaotic years of homelessness, I found myself fresh out of incarceration, unemployed and genuinely hoping to transform an entirely unmanageable life into one where I was a functional member of society.

The social worker responsible for overseeing my transition to normalcy was the one who introduced me to this project and, after a trial period, I was given the opportunity to participate in the program and begin forging a life I knew I was worth.

The Homeless Garden Project is an excellent way to introduce a sustainable transition toliving a life of moderate stability, in contrast to the feral nature of America’s homeless scene. I had the most success using the Project in tandem with a completely sober way of living, with some help from the AA and NA community of Santa Cruz.

When an individual becomes homeless in America, through a multitude of life choices, their situation and options change dramatically, and this spectrum of conditions is so different, for so many people.

In my time living outside in Santa Cruz, I had accumulated a plethora of non-violent offenses.

It is illegal to sleep outside at night in most of the United States, so unless you’re hidden quite well, the police will show up and write you a ticket, and this occurred much more frequently than any other charge with me.

During my period of homelessness and addiction, I developed a great deal of empathy for all types of people on the street. With society’s general attitude towards panhandlers and the homeless, I, along with many other people, chose to find solace and escape in alcohol and other mind-numbing substances.

When I would get too drunk and when the police began to find me drinking habitually, I started getting arrested simply on the suspicion of being drunk in public. Eventually, with mounting tickets that I couldn’t hope to pay, I was given 8 months in jail, which, due to overcrowding, was actually only four.

In short, being homeless in America is a state of being that is akin to drowning, with society circling in a lifeboat alternately asking why you’re drowning, berating you for drowning, and demanding payment to come aboard. Upon release, I found the idea of repeating this cycle unbearable, and decided to remain sober and hoped to change my life.

When I was released my social worker informed me that the project was running a two-week trial hire for up to 15 new employees. After applying, I remember being very eager to try this relatively new idea of keeping a job, something I hadn’t done since being discharged from the military.

For me, the organic meal the farm provides on workdays, as well as it being a 5 hour workday was perfect for the homeless being introduced to an alternative to the wild lifestyle they are used to. The project also has the addition of a social worker for each of its trainees, who help the fledgling employees navigate a world that probably moved past them in the years on the street, and can be quite intimidating.

I truly wish with every fiber of my being that the farm could help more of the homeless and disenfranchised people in Santa Cruz that truly need and desire help. Right now the project only has room for 17 trainees, and if these lucky few approach life wanting sobriety as well as a job, their chances of success are much higher.

The Homeless Garden Project is a society, on a miniature scale, that genuinely cares about you and wants you to succeed. It also, in my opinion, surpasses probation and court mandated programs in actually helping people experiencing homelessness achieve a fruitful life.

Two of the most concrete goals I have achieved are a commitment to sobriety and a relation with the Veterans Resource Center that has proven very beneficial in terms of housing and transportation.

HGP has helped me so much and I hope it can continue to help the people of Santa Cruz for many years to come. –Shannon McGurk