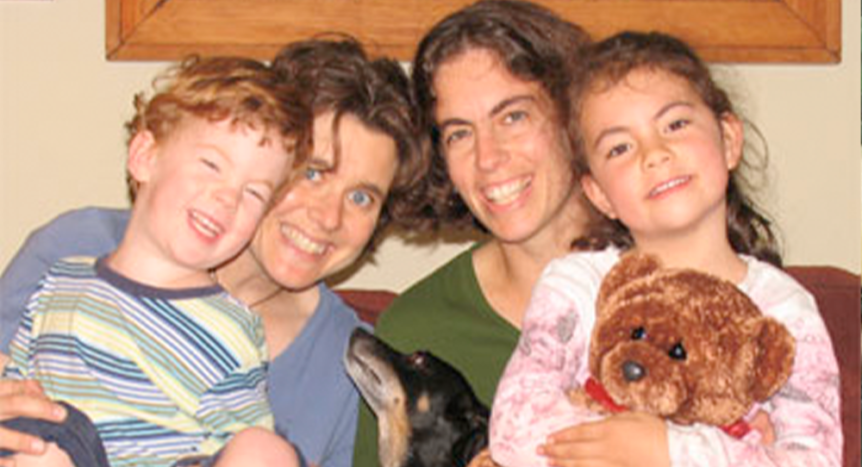 Q. What are you doing now?  How did you get there from HGP? How did HGP impact where you are now?
A. HGP had a direct impact on my decision to return to school and pursue a doctorate in clinical psychology.  My love of nature and farming brought me to HGP and I was not surprised to find that I thoroughly enjoyed spending my days near the ocean growing plants.  I had a background in social work type jobs as well, and I knew the combination of working with plants and people would be rewarding.  What I didn’t expect however, was that the time I would spend with the trainees at HGP would lead me to leave farming – a career I had just begun after spending 2 years training at the UCSC Farm and Garden.  But that is exactly what spending time with the women of WOFE did.  From our individual meetings where we discussed the most difficult aspects of their lives, to the spontaneous conversations across a bed of flowers, my time with them was so enjoyable and fulfilling that I decided to return to school and more fully focus my career on working with people.

Q. How would you describe how HGP has fulfilled its original vision? What work do you think still lies ahead for HGP?
A.  Having left Santa Cruz, my main connection to HGP now is via the newsletter.  I haven’t kept up with the details of how HGP is doing regarding goals, finances, or it’s organizational structure.  But I do know, having spent 2 years with the project, that each day HGP is in operations it is changing lives for the better.

Q. Do you have a favorite memory of the HGP that you would like to share?
A.  One day in early December of my first year at HGP, as Christmas was approaching and the WOFE crew was getting fatigued by the need to keep up with sales at the Holiday Store, we sat down on a Friday morning to have our weekly group meeting.  The leader of the meeting rotated each week giving the women a chance to develop their leadership skills.  This week the woman leading the group was a perfect example of why that policy was in place – she was shy, withdrawn, and highly unlikely to step forward and lead unless it was part of her job description.  As the women gathered it was clear this woman was nervous, but the group remained quiet and waited patiently for her to begin.  I don’t remember now how we began those meetings, or what sorts of things were on their agendas.  My guess is that we started out talking about our stock of dried flowers, wondering if we’d have enough products to get us to the end of the year; we must have discussed sales to date, or perhaps whose week it was to clean out the fridge.  Those details are lost to me now.  What I remember is where the conversation went after all the business was done.  One of the women said she was not looking forward to the end of the rush, that Christmas was a difficult time for her since she was no longer in touch with her son and she’d rather the hard and full hours of work just continue on until January so she could skip the holiday all together. Another woman agreed, and before I knew it an hour had passed of women telling their stories to one another.  One had no idea how she would get through the holiday sober; another was going to call her mother after many years of spotty contact.  There was no structure to the conversation.  As a trained therapist now, looking back on the way the conversation unfolded, I don’t think it could have been created at will.  It was just good timing and the right mix of people needing something from one another – something that I, nor anyone else with a home and a family to spend the holiday with, could have given them.  After all the women had spoken they looked to their leader, the shy woman who had begun the meeting and then remained silent for it’s duration.  Solidly she looked back at them and said only one thing, “I guess we are each other’s family this year.”  She spoke softly in a tone that was matter of fact, but it was so clearly the truth.  There was no group hug, no crying, no rejoicing at this realization.  There was only a short pause before she said, “Well, we have a lot of work to do today, better get to it.”  And following her lead, that’s exactly what we did.